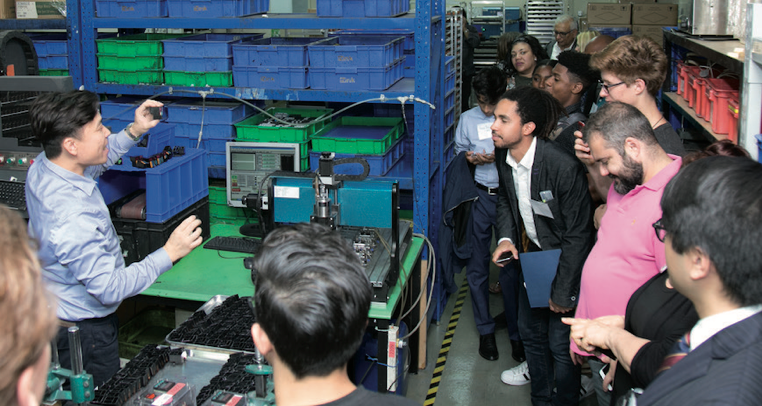 About 20 people from the local community participated in an afternoon program of company tours and speakers at Cartridge Evolution, the second largest remanufacturer of ink cartridges in the United States with 100 employees in Brooklyn, New York. “Reman Day went very well for us,” said Zahrie Ernst, the company’s Recycling Program Executive.

“We look forward to participating again next year.”

Cartrige Evolution founder and President, Wyman Xu (pictured above), gave the company tour of attendees and was also among the four speakers, covering the company history, the benefits of remanufacturing, related environmental issues and local job creation.

On a variation on the circular economy theme, attendees were given an additional tour of a textile up-cycler called FabScrap, another green­ business company next door to Cartridge Evolution in the convert­ed historic Brooklyn Army Terminal.